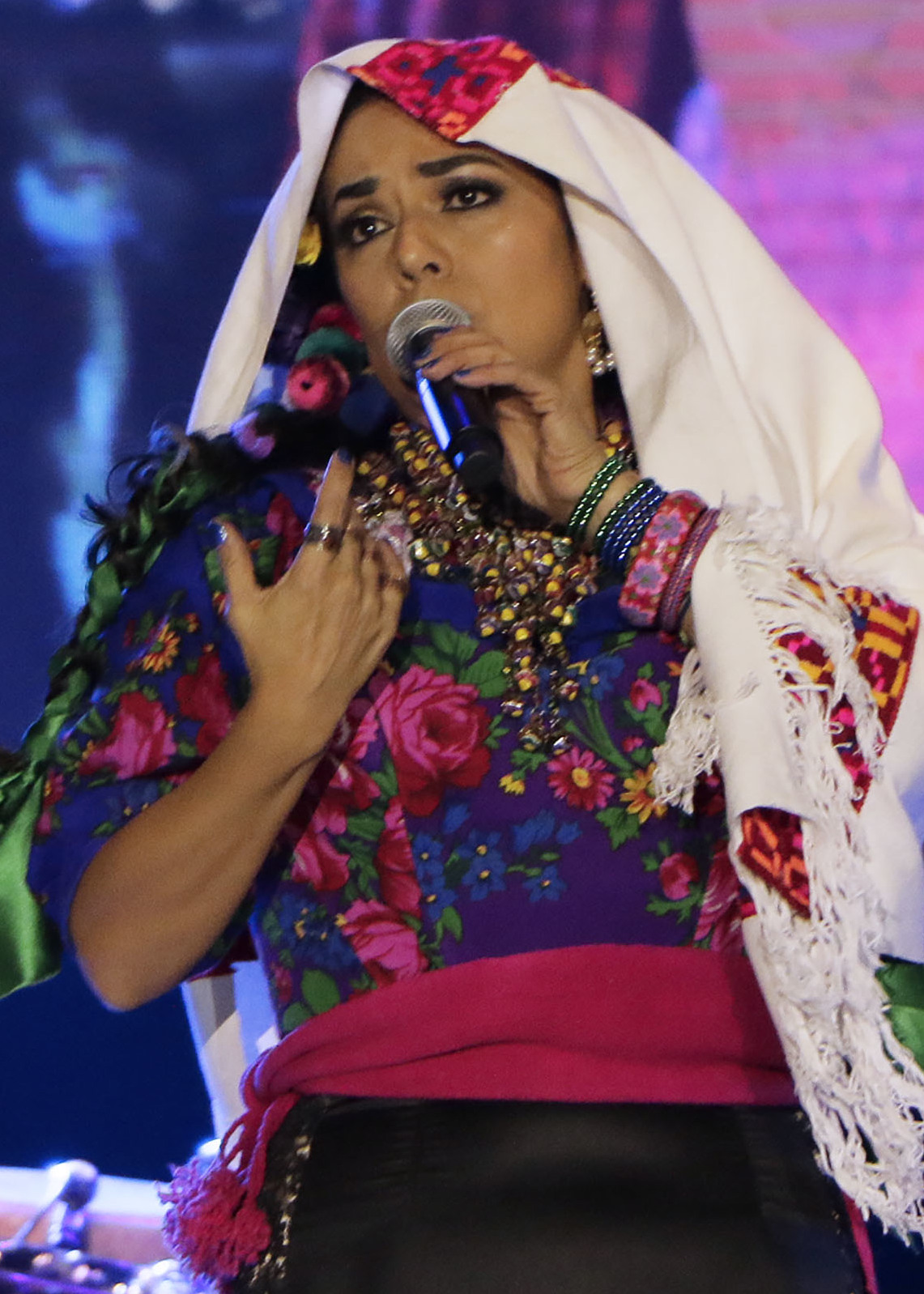 Ana Lila Downs Sánchez (born 9 September 1968) is a Mexican singer-songwriter. She performs her own compositions and the works of others in multiple genres, as well as tapping into Mexican traditional and popular music. She also incorporates indigenous Mexican influences and has recorded songs in many indigenous languages such as Mixtec, Zapotec, Mayan, Nahuatl and Purépecha. Born and raised in Oaxaca, she primarily studied at the Institute of Arts by Oaxaca and briefly attended the University of Minnesota, before withdrawing to focus on her musical career. She soon began performing in the traditional music scene of Oaxaca City.

Her first album, ''Ofrenda'', was released in 1994. In 1999, Downs came to prominence with her debut studio album, ''La Sandunga'', which was a critical and commercial success. She achieved international success in 2001 with the album ''Border'' which emerged in the music scene of Mexico and Latin America in the early 2000s (decade). Downs's seventh album, ''Pecados y milagros'' (2011), topped album charts in most major markets and generated chart-topping world music albums. Her eighth album, "Balas y Chocolate", was released in 2015. "Salón Lágrimas y Deseo", her ninth album, came out in 2017.

Downs began performing in school, demonstrating her vocal ability with traditional music, Latin and American influences, and with her own original twist on dancing. Downs, a native Spanish speaker, also speaks fluent Mixtec and English. Downs through her activism has gone through great lengths to preserve the Mixtec language as well as many other Indigenous Mexican languages.

Influenced by Chavela Vargas, Mercedes Sosa, Lucha Villa, and Amparo Ochoa, Lila Downs is recognized for her flamboyant, diverse and outré contributions to the music industry through her traditional and authentic fashion, the majority of which are based around Mexico's indigenous peoples' styles, cultures and heritages, which show through her performances and music videos. Her achievements include one Grammy Award and three Latin Grammy Awards.

Besides her musical career, she involves herself with humanitarian causes and political activism, especially dealing with issues of Latin America's indigenous population.

thumb|left|Lila Downs in Oaxaca in 2005]] Lila Downs was born on 9 September 1968, in Tlaxiaco, Oaxaca, Mexico. She is the daughter of Anita Sánchez, a Mixtec cabaret singer and Allen Downs, a Scottish-American professor of art and cinematographer from Minnesota. From an early age Downs showed interest in music. At the age of eight she began singing rancheras and other traditional Mexican songs. She began her professional career singing with mariachis. At fourteen she moved to the United States with her parents. She studied voice in Los Angeles and learned English, which her father helped her to perfect. When she was 16, her father died, and she decided to return to her native town Tlaxiaco with her mother.

One day while she was working in a store in the Mixtec mountains a man came in to ask her to translate his son's death certificate. She read that he had drowned trying to cross the border into the United States. This deeply affected her and has continued to influence her work. She talked about this in an NPR interview about her 2001 release entitled ''Border''.

Although today Downs is proud of her origins there was a time when she felt shame regarding her Native American roots. "I was embarrassed to have Indian blood. I was embarrassed that my mother spoke her language in public." This led her on a path to find herself, which included dropping out of college, dyeing her hair blonde and following the band The Grateful Dead. After some time Downs found herself back in Oaxaca, a city in southern Mexico, working at her mother's auto parts store, where she met her future husband and musical collaborator, tenor saxophonist Paul Cohen.

Downs studied Anthropology at the University of Minnesota and voice in New York. Later she attended the Institute of Science and Arts of Oaxaca in Mexico to complete her studies.

At 25, after completing academic and music studies, Downs decided to return to Tlaxiaco. Paul Cohen always encouraged her musical ventures, and she joined a group percussion called ''Yodoyuxi's Cadets''. Because Paul Cohen had business in the United States she began to live in both Minnesota and Oaxaca.

During her stay in Minnesota, Downs formed a group called ''La Trova Serrana'' which achieved great popularity among the Latin community within the United States, singing songs about the Zapotec values and culture. Upon her return to Mexico she started singing in bars, restaurants and clubs in the City of Oaxaca, as well as the city of Philadelphia and the state California in the United States, always with the support of US saxophonist Paul Cohen. She received many positive critical reviews, which led to her decision to undertake an extensive tour of Mexico. Provided by Wikipedia
Showing 1 - 2 of 2 for search: 'Downs, Lila, 1968-', query time: 0.02s
List  Tabulka
Search Tools: Get RSS Feed — Email this Search —
Loading...