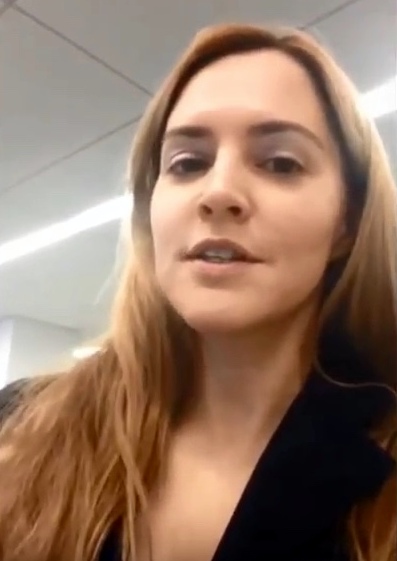 Louise Daphne Mensch (''née'' Bagshawe; born 28 June 1971) is a British blogger, novelist, and former Conservative Member of Parliament. In the 1990s she became known as a writer of chick lit novels under her maiden name Louise Bagshawe. She was elected Conservative MP for Corby at the 2010 UK general election.

Mensch took the Chiltern Hundreds disqualifying her from Parliament in August 2012 to move to New York City to live with her second husband, American music manager Peter Mensch. She began working for News Corporation in 2014, and co-launched its ''Heat Street'' website in February 2016. Since leaving ''Heat Street'' in December 2016, she has published primarily on her blog ''Patribotics'', which she launched in January 2017, and her Twitter account. She left News Corp entirely in March 2017.

Mensch and ''Heat Street'' have since courted controversy by promoting unverified claims, hoaxes, and conspiracy theories about the Trump administration and its ties to the Russian Federation. Among other allegations she has posted online, Mensch claimed that she had obtained evidence that Russian president Vladimir Putin had American extremist commentator Andrew Breitbart, the founder and executive director of far-right media outlet ''Breitbart News'' who died of a heart attack, murdered so his job would go to his deputy, Steve Bannon. She has stated that the 2017 Istanbul nightclub shooting, which was perpetrated by Abdulkadir Masharipov on behalf of the terrorist organization Islamic State of Iraq and the Levant, was a Russian false flag operation with Russia posing as ISIL. She has stated that "Bannon and his team" were behind the 2017 Jewish Community Center bomb threats that were committed by two people, American Juan M. Thompson and Israeli-American Michael David Kadar, with no ties to Bannon. She has claimed Russian intelligence planted inflammatory emails implicating former U.S. Senator and 2016 Democratic Party presidential candidate Hillary Clinton on disgraced former U.S. House member Anthony Weiner's computer. Mensch has also, without evidence, accused numerous people, including Facebook founder Mark Zuckerberg and venture capitalist Peter Thiel, of being Russian "shills", "moles" and "agents of influence".

''Buzzfeed'' called Mensch an "anti–Russian influence crusader" and one of a number of "anti-Trump public figures [who] share unreliable information". Zack Beauchamp, a reporter for ''Vox'' who has written at length about Mensch, has said she was the equivalent of an Alex Jones of the right: "I would say the closest analog would be Infowars", he said. Provided by Wikipedia
Showing 1 - 17 of 17 for search: 'Bagshawe, Louise, 1971-', query time: 0.05s
List  Tabulka
Search Tools: Get RSS Feed — Email this Search —
Loading...