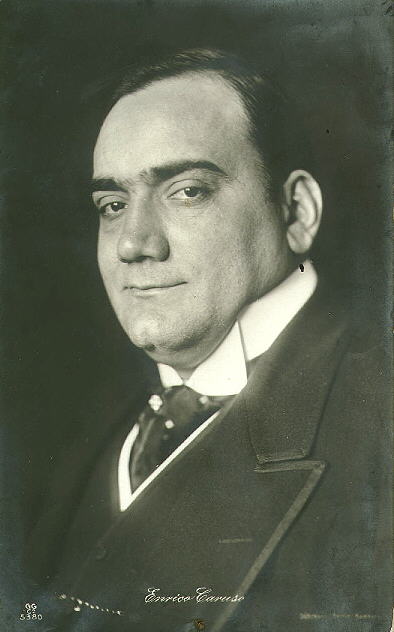 Enrico Caruso (, , ; 25 February 1873 – 2 August 1921) was an Italian operatic tenor. He sang to great acclaim at the major opera houses of Europe and the Americas, appearing in a wide variety of roles (74) from the Italian and French repertoires that ranged from the lyric to the dramatic. One of the first major singing talents to be commercially recorded, Caruso made 247 commercially released recordings from 1902 to 1920, which made him an international popular entertainment star. Provided by Wikipedia
Showing 1 - 4 of 4 for search: 'Caruso, Enrico, 1873-1921', query time: 0.03s
List  Tabulka
Search Tools: Get RSS Feed — Email this Search —
Loading...