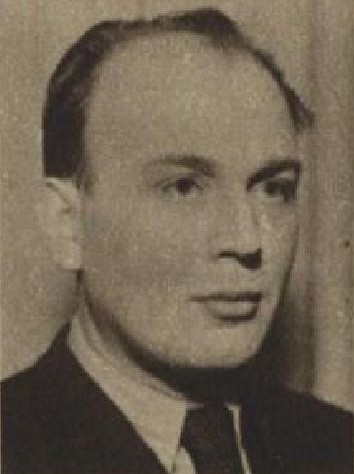 Václav Trojan (24 April 1907, Plzeň – 5 July 1983) was a Czech composer of classical music best known for his film scores. Trojan studied composition at the Prague Conservatory under Jaroslav Křička and Otakar Ostrčil from 1923 to 1927. He continued his studies in the composition masterclasses of Alois Hába, Josef Suk and Vítězslav Novák until 1929. A composer and arranger of dance and jazz music in the 1930s, he was a music director for Radio Prague from 1937 to 1945. After the end of World War II, Trojan composed most frequently for film, stage and radio, and developed a close association with director Jiří Trnka, earning international fame for his music for Trnka's popular animated puppet films. Trojan's music is mostly written in a neo-classical style, and he often drew inspiration from the traditions of Czech folk music. In 1940 he was given the Czech National Prize for his remarkable children’s opera ''Kolotoč'' (‘The Merry-Go-Round’), and in 1960 the K. Gottwald State Prize for his music for ''Sen noci svatojánské'' (‘A Midsummer Night’s Dream’). Provided by Wikipedia
Showing 1 - 6 of 6 for search: 'Trojan, Václav, 1907-1983', query time: 0.03s
List  Tabulka
Search Tools: Get RSS Feed — Email this Search —
Loading...